Impact Of Brexit On Property Investment 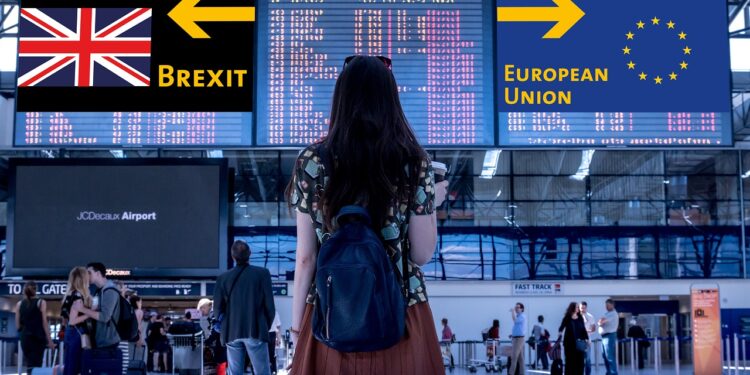 Are you concerned about the impact of Brexit on property investment?

The Covid-19 pandemic has caused no end of problems in the property market and now we have the impact of Brexit to deal with.

In this post I will give you my opinion on how I think Brexit will impact the UK property market, and in turn us investors. I will also include the opinions of “experts” so that you can see all sides of the story.

One thing that I ask you to bear in mind here is that nobody really knows how Brexit will impact the UK property market. Everyone is coming up with educated guesses on the subject which is the best we have got at the moment.

It is not my intention with this post to fill your head with negativity about Brexit. I want you to remain optimistic about the opportunities that the UK property market has to offer you as a property investor. In my opinion the pandemic has had a far worse impact on the market than Brexit will. And the market has remained strong despite this.

I am asked about Brexit all of the time so I decided to put in writing my thoughts on it. Take as it is and do what you want with the information. Treat it as just another opinion that could certainly be wrong.

House Prices have not changed much so far

The UK officially left the EU on 31 December 2020. It was no surprise to me that it took the best part of four years since the 2016 referendum to get to this point. Brexit was always going to be a complex beast and it still is.

From the start, the doom mongers predicted that the country would suffer significantly. Many people would lose their jobs and businesses for a variety of reasons. I admit that I thought that Brexit would have had a more negative impact on the UK than it has had. But I never thought it was going to be as bad as some experts predicted.

So, what has happened to the price of houses since the people voted to leave the European Union back in 2016? Well, in 2017 things carried on very much as they normally do. In the spring there was an increase in house prices and after that there was a plateau.

Things continued in the same vein until the end of 2018 and start of 2019. There was a lot of uncertainty about Brexit during this time and as a result fell quite sharply. As the general election in December 2019 grew nearer, house prices started to steadily rise again.

In the early part of 2020, the confidence was high due to the election result and house prices continued to rise. Then came the Covid-19 pandemic which disrupted the housing market significantly. Months went by without any property transactions due to the enforced lockdowns and other measures to fight the coronavirus.

With the first lockdown easing there was so much pent-up demand for properties that this drove up the house prices again. The government’s decision to implement a stamp duty holiday also fueled demand. Hardly anyone was talking about Brexit as the pandemic was always headline news.

The bottom line here is that house prices remained strong at the end of 2020 despite Brexit and the pandemic.

Property Transactions since the Brexit Referendum

The property transaction numbers dropped significantly in 2020 because of the Covid-19 pandemic and not the Brexit Referendum. The numbers in April 2020 were way down on the average with only around 40,000 transactions taking place.

The lockdown in the UK resulted in a high level of pent-up demand for property transactions and with lockdown easing there were unprecedented numbers of transactions. By September 2020 things had returned to more normal levels but there was an all-time high number of transactions in December 2020.

So, what can we conclude from this? Well, there was a period of Brexit uncertainty at the end of December 2018 and into January 2019 which did have an impact on the number of property transactions. This was temporary and the numbers bounced back fairly quickly. The 2020 transaction numbers were it by Covid-19 and not Brexit.

The Impact of Brexit on Property Investment going forward

OK so I have told you what impact Brexit has had since the 2016 Referendum until the present day. But what about going forward? Here I will share my opinion as well as those of other experts in the market.

First, I will share my opinion with you. I do not believe that Brexit will have the catastrophic effect on the UK housing market that the most pessimistic experts think. There will be some impact in both the short and the longer terms but I believe that these will stabilise quickly.

A lot depends on how the government reacts to issues caused by Brexit. At the moment there are some excellent mortgage deals available due to the low interest rates. If there is a hike in the interest rates (fairly unlikely) then this could cause a downturn in the market.

At the time of writing this post, the government intends to end the stamp duty holiday at the end of March 2021. Depending on what happens with Covid-19 and Brexit, you may see this extended which will increase the demand for property transactions.

I do not suggest that you rely on this though as the government has spent a fortune on the pandemic and needs to get some of this money back as soon as possible. There could be other tax changes as well such as Capital Gains Tax.

The experts in the lending market are playing it cautious as you would expect. They are saying that if mortgage rates can remain low then this will boost confidence in the property market. One expert said that the pandemic could cause even more problems in the market and there may be some uncertainty going forward with Brexit.

Estate agents are more positive in their outlook but stress the need for the government to do more to support the property market. While they remain optimistic about the future of the UK housing market, they are lobbying the government to extend the stamp duty holiday as a way of fending off the uncertainty of Brexit and the pandemic.

In the buy to let market there is some concern about private landlords that have EU citizens as tenants. It is unclear what will happen to these people as Brexit moves forward. The NRLA urges their members to be prepared for changes to the freedom of movement of EU tenants. They are lobbying the government to provide guidance for landlords on this subject.

Other property investors suggest that house prices could rise even higher in 2021 and beyond. One of the reasons for this is that people that have worked from home during the pandemic will reassess their current properties with a view to acquiring a larger property.

The general view among property investment experts is that unless there are severe problems caused by Brexit (which they do not expect) then the UK property market will remain resilient and there will be plenty of opportunities for investors.

Although the UK government has agreed a deal with the EU there are still lots of issues to iron out. The agreement is very much a work in progress. It is very likely that there will be some “sticking points” along the way which may alter the confidence levels in the UK housing market. It is too early to say what kind of an impact this can have on property investment.

I advise you to continue to be optimistic about the future of property investment in the UK. At the same time, you need to keep your finger on the pulse and monitor closely what is happening with Brexit and the likely impact major changes could have.

So far, Brexit has not made much of an impact on the housing market. In the near future, some people could lose their jobs because of changes. I do not suggest that you fear this though as I believe the numbers of job losses, though very unfortunate, will not have too much of a negative impact on the market.

If Brexit changes do cause house prices to fall then see this as an opportunity rather than a threat. You should be able to find some good properties at below market value as some property owners will need to sell fast.

Thank you very much for visiting my blog. I love to help people gain life and financial freedom through real estate investment. If you need any help please don't hesitate to reach out. 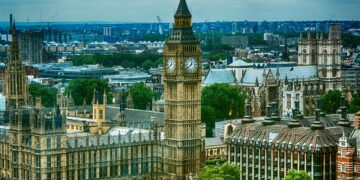 What will the 2021 Budget Impact Be On UK Property Investment?

Are you wondering about the UK 2021 budget impact on property investment? A couple of weeks ago the UK...

Property Investment And The Coronavirus

What will the 2021 Budget Impact Be On UK Property Investment? 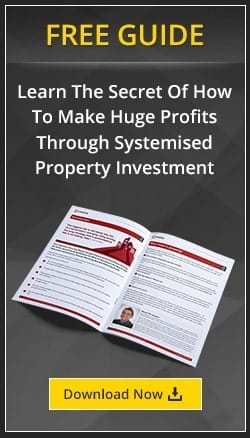